Getting the Word Out! By Pauline Masters, Gloucester Speakers

Posted on 23rd February 2017 by Helena Brewer in Membership Building, People, Updates & Posts | Comments Off on Getting the Word Out! By Pauline Masters, Gloucester Speakers

The inauguration of a new Toastmasters Club requires commitment, leadership and public relations to help it become a successful club. Gloucester Speakers launched 14th October 2014 and chartered 1st March 2015. Public relations made a significant impact, letting people know about the club existence and accepting new members, all to facilitate development of their public speaking skills. 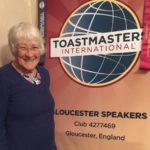 To spread the word, traditional PR was employed such as press releases, posters, business and networking. Then as now, we make full use of social media, Facebook and Twitter. We found that Meetup has helped move us forward.

Local radio love to have notice of local events and are supportive in developing awareness of how Toastmasters helps with public speaking. Our PR coup, air time on BBC local radio. Radio is a great way to promote your club and any events. Being interviewed live on air definitely takes you outside your comfort zone.  As VPPR at Gloucester Speakers it is exciting to have good working links and to be invited in to talk about how the club benefits those who are interested in improving their public speaking skills. I have had experience of being interviewed on radio. How did it begin? Allow me to set the scene for you.

Towards the end of my nursing career I trained as a yoga teacher, and then later on I trained as a laughter yoga teacher (as a small add on!). Laughter yoga seems to attract people’s immediate attention, they are intrigued and fascinated with this as a concept. Hahaaaaaa. In 2012, at a business networking event in the rural area where I was living at the time I met a presenter from BBC Radio Gloucestershire. We chatted and she invited me on to her programme to share some laughter.

Thankfully I had my toastmasters experience to fall back on. Yes, of course I was a little nervous at first. Words of support from a fellow Toastmasters member, a DTM no less, ‘no one ever wants you to fail’ ringing in my ears. Certainly, the presenter didn’t want me to dry up live on air.  In fact, radio presenters are intrigued by Toastmasters because they don’t have to ‘face’ an audience directly. After the first interview, they invited me back for a regular guest slot. 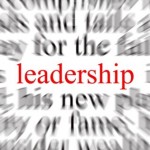 My advice to those contacting media outlets, from ‘cold’ now is the following:

As someone who has retired, I have personal interests and goals to fulfil, so it is a delight to make the choices to suit me rather than be driven by professional aims. Talking about Toastmasters and supporting Gloucester Speakers is part of this. It’s nearly 10 years, wow my toastmasters journey has whizzed by.