Moving the club meeting venue: key steps for change, based on our club’s experience.

Posted on 18th March 2016 by Pedro Casillas in Club Leadership, Division H | Comments Off on Moving the club meeting venue: key steps for change, based on our club’s experience.

At Maidenhead Speakers, we have recently moved the club to a new venue. We went from a fairly basic church hall to a swish school theatre, with audio-visual facilities, a multi-level stage, and  – if we ever want it – sound and lighting.

The reason we weren’t happy with the old venue had to do with the access time. We were restricted to getting in to the hall at 7.15, for a 7.30 start. A children’s ballet class  had the hall before us,  and they took a  long time  to get out,  not to mention that the ballet mums blocked  the tiny car park. If anyone wanted to use the projector, we’d usually end up starting late.  These restrictions were a cause of frustration to our members, who wanted to set the meeting up in good time.

That gave us a justification for making a move. However, moving a club to new venue can be tricky matter. Finding a new venue can involve a lot of footwork, especially as most Toastmasters clubs are on low budget and Maidenhead is not a cheap area. A morning of phoning around revealed less than a handful of venues with availability on the nights we needed, and at a cost we could conceivably afford. We ended up viewing three of them before choosing St Pirans Centre. We loved the big, clean hall and the stage, and we were assured of access from 6.30 pm, which gave us ample set-up time. We also liked the service-led attitude of the centre management 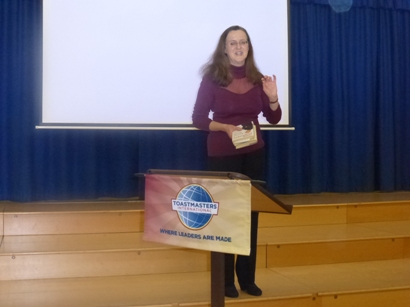 and the plentiful car park space.  A novelty for our club was the pub over the road, giving us an  opportunity to socialise with other members.

There was of course, a negotiation over the costs, but having settled all that with the venue, we still had work to do in the club to make the move happen. The new venue was better than the old one, but it was also more expensive, and  we had to increase the fees to pay for it. This meant that we had to put it to a vote in a club business meeting. Toastmasters rules say that a fee increase must be approved by the whole club. Technically, the club was voting for an amendment to the Addendum of Standard Club Options  attached to the Club Constitution, where the new fees have to be inserted.

Getting the club to approve the fee increase was something of a challenge, and a learning experience for the committee. We began by informally floating the idea to members. After getting a consensus in  the committee,  we had to get a quorum of members to a club meeting. Although Maidenhead is a large club, we cannot always be assured of a quorum. We had to work hard at the communications, and email reminders, to be sure that we did get it.

At the club meeting, we presented the benefits of the proposed new venue. Many of the members  asked questions and there was one fairly strong challenge to our proposals. Knowing that we needed this motion adopted, it was a little tense, but when it came to the vote, the outcome was almost unanimously in favour and an intense relief for the committee.

The final phase of the move was to give notice to the old venue and take the club property to the new one. Our Sergeant at arms managed this process,  informing the other club officers of their responsibilities for the move, and it went very smoothly.

We are pleased to be in the new venue. Looking back, we pulled it off through  effective planning and good  teamwork. It was  definitely well worth it. 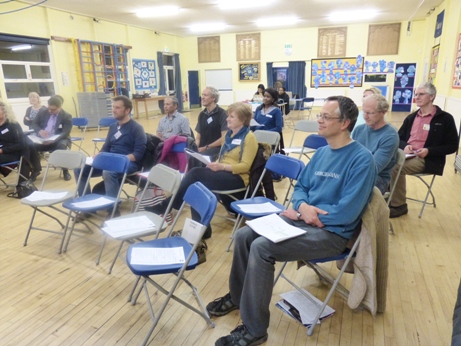