What is happening in Division J?

Happy New Year from Division J! A special thanks to all the volunteers in and beyond Division J, Notably the hard working Area Directors Mike Weston, Enca Martin-Rendon, Charlotte Hitchings, DTM, Jackie Graybill and Mat Rizzo.

A particular event highlight for me as Division Director was attending the Wye Knot anniversary dinner in Wales. It was a fun night with awards presented to many members by District Director Helena Boden-Brewer. 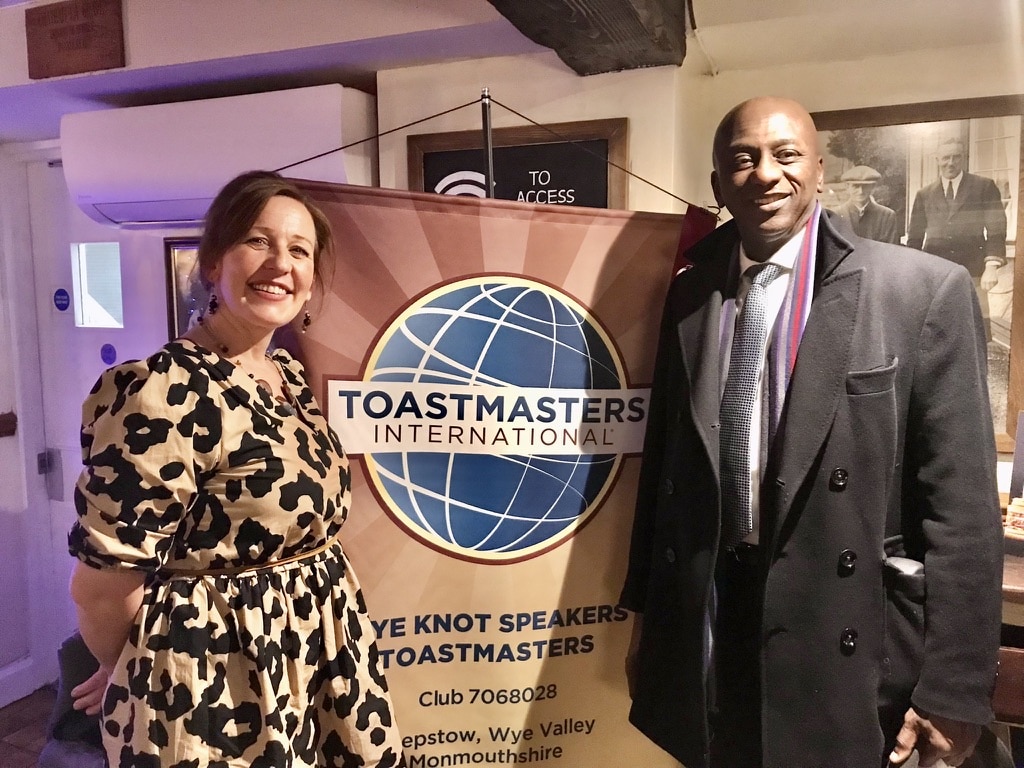 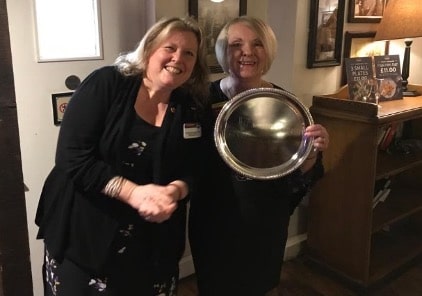 Area J4 is the where you find the home clubs for our District Director Helena Boden-Brewer – Aylesbury Speakers (one of the oldest clubs in the UK, chartered 1 August 1956) and our Club Growth Director – Diane Richardson – Chiltern Speakers, a hybrid pioneer club trialing hybrid meetings.

The two other clubs are Thame Speakers and Berkhamsted Speakers Club. Thame Speakers celebrated their 40th anniversary in December 2021 and achieved Presidents Distinguished for the consecutive 3 years, Congratulations! Berkhamsted Speakers is a club you should visit as it’s a club with 14 consecutive Presidents Distinguished awards since they chartered in July 2007.

Area J7 have been innovative with three stunning ways of expanding our public speaking skills.

Area J10 collaborated in an area-wide PR campaign initiated and funded by the Area Director. Using the message ‘Say it Louder’ the campaign promoted all the clubs, with an area-wide press release and PR materials that each club could customise to draw attention to their own club. A special thanks to Voice of Wales VP PR Abbi Head. 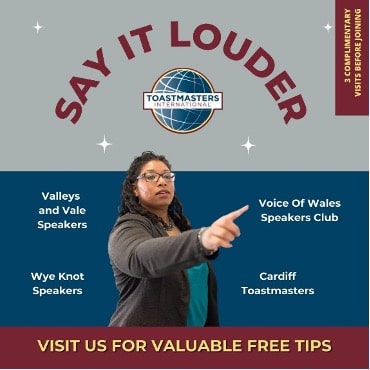 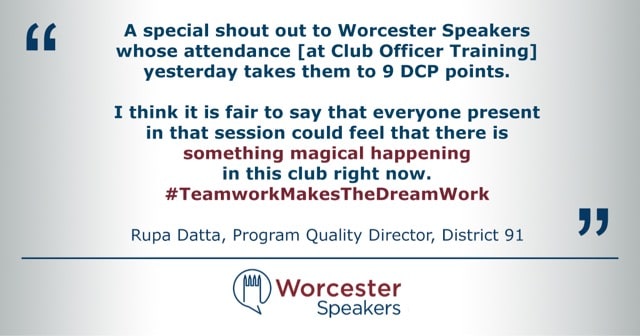 Worcester Speakers and Malvern Speakers both held community events, a Speechcraft at Loqate in Worcester and Youth Leadership for Droitwich & The Chase in Malvern respectively. Worcester Speakers is currently in a three way tie for highest DCP points in District 91 with 9 DCP points and successfully trialing hybrid meetings. A special thanks to Elaine Watt, President of Worcester Speakers for exceptional club leadership, supporting Area and Division events.

Then, Area Director Jackie Graybill wrote an article for Toastmasters, The Power of Story in Speaking: Fifteen Guaranteed Ways to Have Your Audience Eating Out of Your Hand and Forgetting About Their Smartphones. And it has been featured by four different online publications.

Didcot Speakers re-launched this year as a Phoenix Club with a new committee and Tim Patmore stepping in as President to lead the club. The club has already met 4 DCP goals and ran humorous speaking workshops.

And our Phoenix Club from last year, Milton Park Toastmasters, continues it’s success into 2021-22, having grown its membership base by 25% in the first half of the year. So it now has 15 members. 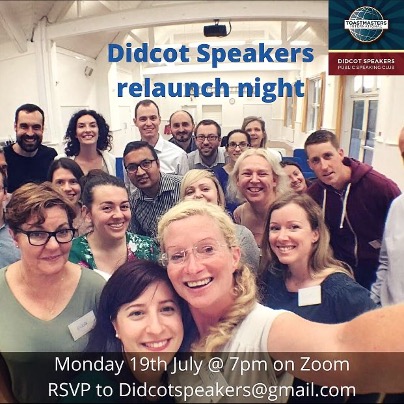 We look forward to seeing you in a Division J club soon, including in our Toastmasters Leadership Institute 23 January (register using this zoom link).

Our focus is on building Relationships, Respect and Results.