New Year is a time for setting goals and making New Year Resolutions for many of us.

As we start the second half of the Toastmaster year it is time to reflect on how much progress we have all made towards our end goals for the Toastmaster year. As Club Growth Director for D91 I would ask you to think how your club can attract new members and boost membership retention.

You may wonder why I and my predecessors keep asking clubs to recruit new and more members? We do it for three reasons.

This is why in January we are running a new membership growth award, Happy New Member. 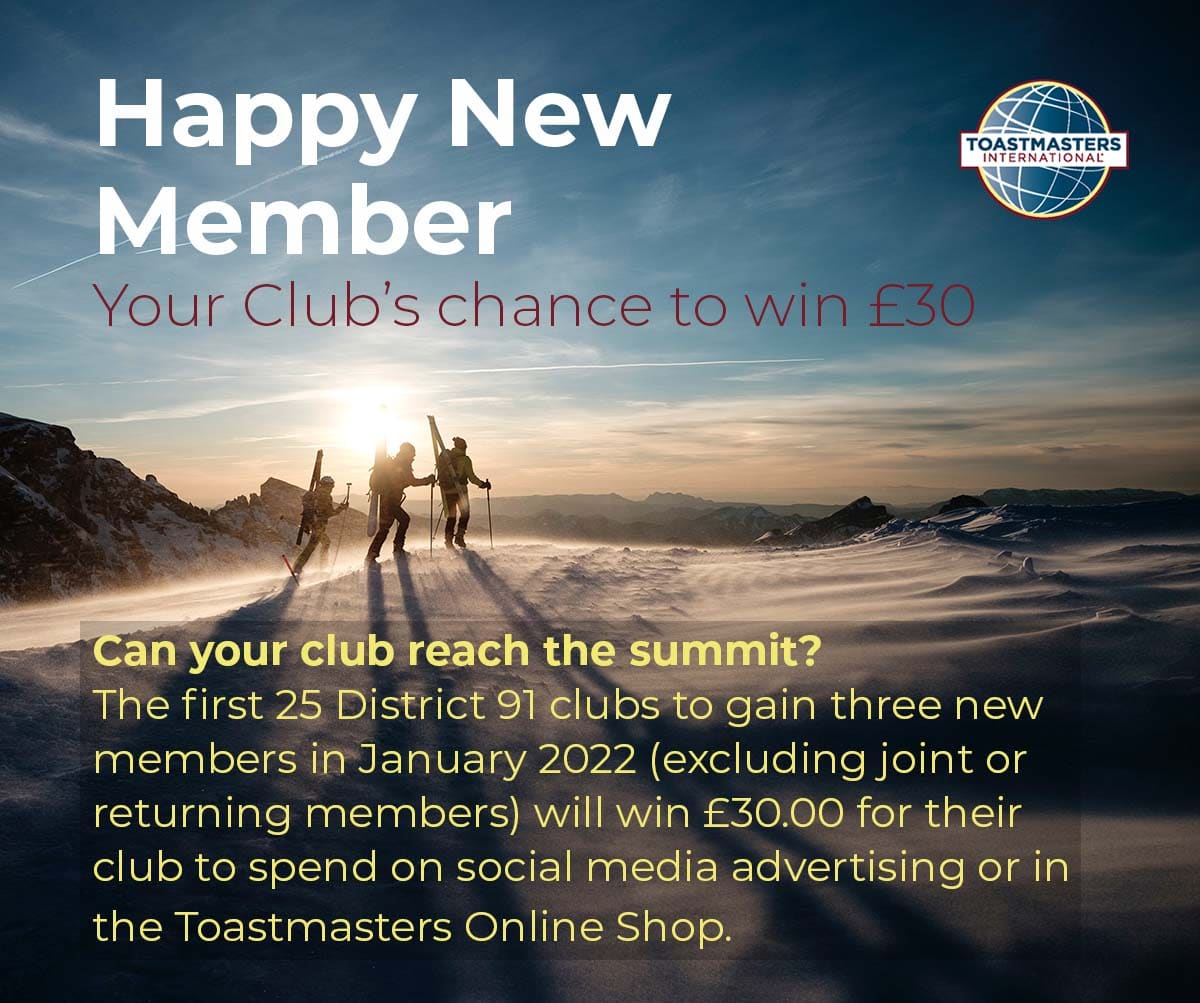 Already in the first few days of the year congratulations go to Wokingham Speakers in Area D21, who have recruited three new members. Kent Speakers are hot on Wokingham’s tail with two new members so far.

The incentive ends on 31st January or sooner if 25 clubs recruit new members before that date.

Congratulations to the following clubs who won a Net 5 Incentive award, by having 5 or more members at the end of December than the club “base number” which is set on 1st July each year.

These clubs are in an excellent position to win the £100 Net 10 Award in mid-June. As are several other clubs who have a net gain of four members since the start of the Toastmaster year. There is still time for other clubs to join the party and win the Net 10 award in June.

In February and March once again District 91 will be awarding the first 25 clubs who recruit five or more new members. Full details can be found on the District 91 website.

Since January started, I have had the pleasure of sending Open House boxes of marketing and promotional goodies to four clubs and received enquiries from four other clubs.

Please invite your friends to attend an Open House if your club is planner one, giving them the opportunity to start their grow and communication skills.

Thank you and Happy New Year

Finally, I would like to thank all members who have helped keep their clubs running and recruited new members in what continues to be an uncertain time for us all. I would like to wish you all a healthy, happy, and successful 2022 both in and outside of Toastmasters.