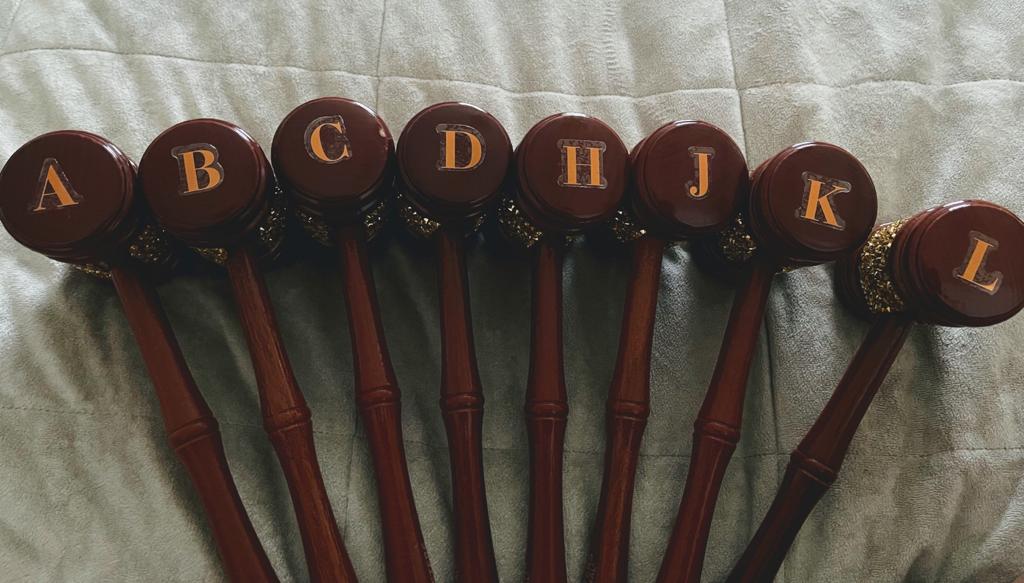 The race is on! From December 8th, 2021, eight gavels will be racing around 171+ clubs in all eight Divisions throughout District 91, by any means necessary.

No idea what we are talking about?

Think of the tradition of the Olympic torch, travelling through the major cities of the countries taking part in the games. Spreading the word and building excitement around the event.

Now, consider our wonderful District 91. Made up of eight Divisions spanning the south of the UK, from Deal to Cardiff and from Southampton to Ludlow.

Between December and March, eight gavels will attempt to travel between all of the clubs in each of the Divisions. When a gavel arrives at your club, it will have its photo (or a video) taken, with members proclaiming

before it is swiftly forwarded on to the next club. The goal is for the eight gavels to have visited all of the clubs and circled back to each Division Director before March 31st 2022.

There will be a prize for:

Let your imagination flow. Upload your photos and videos to Conference Director Debbie Williams district91conference2022@gmail.com as soon as you have them.

We will be charting the progress of the Great 2022 District 91 Gavel Race.