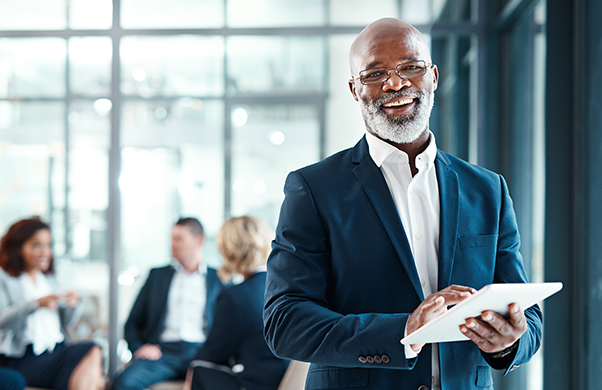 Do you want to influence the direction of a group of 20 to 50 members?

Would you like to learn to lead and manage a team of volunteers?

Stepping-up to join your Club leadership team is a great way to do all of the above and stretch out your comfort zone. By becoming a club leader, you are giving back to your club and also learning valuable skills and knowledge as well. If you want to make an impact in your life, start by becoming a club leader and make an impact on your club and its members.

The President sets the tone for the club, they are expected to provide helpful, supportive leadership for all of the club’s activities and to assume responsibility for the progress and welfare of the club. In effect, the President is the ‘CEO’ of the club can its actions can have a significant impact on the club and its members.

The President chairs regular meetings of the Club leadership team every six to eight weeks. He or she will also liaise on a direct basis with other team members as needed. It is also important for the President to have its finger on the pulse of the club and pay attention to metrics such as membership growth and retention, educational achievement and atmosphere of the meetings.

Finally, the President is the main point of contact between the Club and District via the Club’s Area Director. Every club President sits on the Area Council and is also a voting member of the District Council. Club Presidents can, therefore, influence the overall direction of the District.
Becoming a Club President is a commitment that will require a few hours a week but an invaluable opportunity to lead and influence a group of people and gain transferable skills such as.

The Vice-President of Education (VPE) is responsible for the organisation of club meetings and for supporting the members in meeting their educational goals and objectives. The VPE can make a big difference to the success of the club and of its members.

Filling the agenda of meetings is the most visible aspect of the VPE’s role. However, the club’s VPE will be liaising with members in between meetings to assess their educational goals and motivate them as needed to take on new challenges. A club VPE will be frequently in touch with members to monitor their progress and approve level completion requests as needed on Basecamp before submitting them to Toastmasters.org Club Central. Finally, the club VPE is the club’s expert on the Toastmasters educational programme.

The club VPE is also the second-ranking officer of the club and should be prepared to fill-in for the President whenever needed. Every club VPE sits on the Area Council and is also a voting member of the District Council. Club VPE can, therefore, influence the overall direction of the District.

As the club VPE role is quite extensive, it is recommended to appoint one or more assistants and to encourage club members to proactively sign-up for speeches and roles.

Becoming a club VPE will be a rewarding experience as you will se club members grow because of your actions. Additionally, this experience will also teach you some skills:

The Vice President of Membership (VPM) is tasked with growing the club and retaining existing members within the club. This role is people facing and can be a great opportunity to practice and learn sales and negotiation skills.

The VPM will initiate contact with guests during and after the meeting to find out their motivations, provide joining instructions and persuade and inspire them to become Toastmasters members. In some clubs, the VPM will use and maintain a database to reach out to guests and potential members more effectively.

Another side of the VPM’s role is to monitor membership levels within the club and to touch base with existing members on a regular basis.

This can take the form of surveys, informal chats during, after and in between meetings or any other form of engagement. This crucial facet of the VPM’s role helps the club leadership team identify members who may not renew their membership or if the club faces challenges in meeting its member’s needs.

Finally, every club VPM sits on the Area Council and will share ideas and best practices with fellow VPMs from other clubs.

The Vice President of Public Relations (VPPR) promotes and raise the club’s profile within its host community or company. Their main mission is to market the club and Toastmasters International in order to encourage potential guests and visitors to attend club meetings.

Updating a website and any social media platforms owned by the club is the core part of the VPPR’s role. As such, becoming a VPPR is a good way to develop social media marketing skills and expertise. The club’s VPPR will also work with fellow club members to create content to promote the club. Producing audiovisual content can, in particular, be especially useful to raise a club’s profile on social media and on the Internet.

Some VPPRs also produce posters to promote their club and events organised by their club.

Toastmasters produces brand guidelines to support VPPR in their creative efforts. It is important to remember that all clubs are part of Toastmasters International and as such should leverage the wider Toastmasters brand and identity.

The Secretary maintains all club records, club files and takes meeting minutes during each business meeting and each meeting of the club’s leadership team. The exact responsibilities of the Secretary will vary from club to club but in essence, the Secretary is responsible for ensuring that all of the administrative aspects of the club are in good order. This includes reporting any changes to Toastmasters International as soon as they happen; for example, amendments to the Club Officer list.

The Club’s secretary may assist other club leaders on a punctual basis. They may also be in charge of scheduling and organising meetings of the club’s committee. The role is ideal for somebody that wants to learn more about the mechanics of how a Toastmasters club run and operates with a view of moving to another role later on.

The role of the club Treasurer is to look after club finances, collect membership dues and make any payments needed to suppliers such as a club venue. Every year, the club Treasurer will create a budget for the club and track actual revenues and expenditures against this budget. It is additionally up to the Treasurer to plan ahead and predict how a change in venue price could impact the finances of the club.

Becoming a club Treasurer is a good way to learn financial skills and the fundamentals of managing the finances of a small organisation. While a Toastmaster club is a non for profit, it must collect enough income to meet its costs. This may mean that the club Treasurer could suggest the club to focus its energies in recruiting more members, in organising fundraising events or alternatively in finding out ways to cut costs.

The club’s Sergeant at Arms (SAA) looks after the club’s physical environment and is additionally one of the first points of contact for guests attending a Toastmasters meeting. The SAA is responsible for setting up the room before a club meeting and will also store and look after club equipment such as the club’s banner and supplies.

The SAA will work with the Secretary to maintain an inventory of club supplies and equipment and will also liaise with the Treasurer to place orders of supplies from the Toastmasters stores as needed.

It is not uncommon for clubs to additionally assign a member to be assistant SAA during each club meeting. This frees-up the SAA to welcome guests, ask about their objectives, collect their details and invite them to join the club. As such many of the skills learnt by the club Vice President of Membership around selling and negotiation can be learnt by the SAA too.

For a list of useful resources for Club Leaders please see the Resources section of this website.