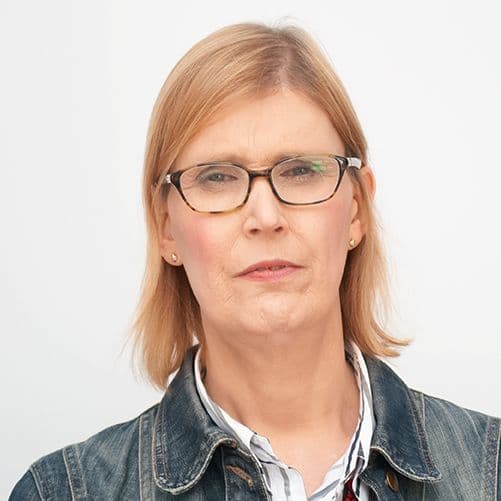 As District 91, Division D Director I’ve been described as having many strings to my bow and as an emotionally resilient and supportive listener, who leaves members with an upbeat smile and laughter, no matter the situation. I am seen as a strong and dependable team player and leader that goes over and above the call of duty.

My aim as your Club Growth Director is to boost the average membership, of each club to pre Covid numbers, so members are able to enjoy meetings, focus and reflect on their role or speech once again instead of doubling up on roles with no time to reflect and learn. Experience suggests that the more people in a room, be that physically or online, the greater the energy and the better the experience for both members and guests.

I’ve started this year, supporting clubs to rebuild their membership strength, by designing the new D91 website and a range of 50+ adverts in collaboration with this year’s District PR Manager.

Many clubs are now using the advertisements and the skills learnt at the Marketing TLI to help promote their clubs on Facebook and other Social Media pages.

My vision for the role is to build on this year’s successful strategies, further empowering club leaders with more, easy to use, marketing tools, relaunching and redesigning the Open House pack and providing meaningful growth incentives. Just as I did when I used similar methods to launch the “One Amnesty” concept worldwide to teams around the globe.

Since joining Toastmasters in May 2016, I have a successful track record both as a club and district officer. Division D formed in July 2020, has already achieved the highest divisional renewal rate (78.0%) in D91 and had the highest average number of Officers trained per club trained (5.33) in the first round of training in July/August 2020. We are the first Division to reach and exceed it base number in 2021.

As Club Mentor, I helped Pegasus Speakers in D71 grow from Charter strength to it becoming the largest club in D71 with 67 members and achieve 20 DCP points since it chartered in early June 2020. Remember behind every number there are people and experiences.

Vote for me and let’s focus on working together to build our membership strength, using the advertisements, speechcraft and highlighting how the education system benefits a wide range of people to achieve both their personal and professional goals, and to build clubs throughout the District.

Why are you applying to become Club Growth Director?

I believe that my mix of Strategic Marketing and Communications skills would help the district grow and further develop. I also like the challenge of attracting new members to existing clubs and of developing new clubs. I also see this as a natural development to the Thanks Toastmasters campaign I developed with Susan Rayner the D91 PR Manager. It will also help refine my strategic marketing skills.

What leadership roles have you had in Toastmasters so far and when did you serve in these roles?

What have been your key accomplishments and what have you learnt from in past leadership roles?

Division D was only formed in July 2020, since then it has already achieved the highest Divisional renewal rate (78.0%) in D91 and highest average number of Officers trained per club trained (5.33) in the first round of training in July/August 2020.

As Mentor I have also helped Pegasus Speakers in D71 grow from a Charter strength of 21 to a current membership of 55 and helped guide the club to 19 DCP points since it chartered in June 2020.

As Brand Consultant, I led on identifying issues with how we as a district were presenting the brand, sought approval and the designed brand elements, and developed the brands proposition and obtained key stake holders positive engagement. Working with Susan Rayner the D91 PR manager and the DLT, I then successfully introduced a new design style for the District and produced over 50 adverts in various formats which have been adopted by many clubs in D91 and received favourable feedback from Club Growth Directors throughout Region 10, when presented by Rupa at a recent meeting. In addition I designed the new D91 web site.

As area Director in October 2019 I helped my clubs achieve the 4th highest Area Retention rate (96.8%) in District 91. I also led a team that organised a new style of TLI in January 2020, which focused on leadership skills which could be used both in and outside of Toastmasters.

As President at Chiltern, I worked together with my VPE, Adrian Lane achieved 10 DCP points. This was the first time the club had achieved 10 DCP in the clubs 21 year history and successfully led the clubs adoption of Pathways which resulted in 11 Pathway level awards for the club.

With each of these achievements I have always set clear goals which are easily understood. I then establishing teams with good communications with each team member and between members is the best way to achieve results. I also explain the reasons for change or a goal to individuals who are reluctant to change or reach for a goal and to build consensus whenever possible. For example, fully introducing Easyspeak at Chiltern meant spending time explaining the reason for the change and overcoming reasons not to adopt the new education system. I had a similar problem with Amnesty with many saying “Amnesty is not Coke Cola, why should we be a brand?” Usually I would explain what will happen if the organisation doesn’t change, why the change is necessary and clearly define what the benefits of change will be as the context Amnesty worked in had changed since it was first founded in the early 1960s.

What are the main responsibilities of the Club Growth Director that you are aware of?

The role of the Club Growth Director is to expand the District membership base by helping clubs attract new members or by developing new clubs with the support of club sponsors , be they individuals or corporations wishing to start a club for their employees.

The Club Growth Director may do this with the help of supporting committees or teams to organise the roles core tasks.

The CGDs Core tasks include:

Developing a strategic District Marketing Plan to support the growth of the District.

Creating and tracking initiatives to promote membership growth and retention at the club level via the three membership campaigns run each year (The Smedley Award, Talk-Up Toastmasters and Beat the Clock) and ad-hoc programmes as required. Also help clubs organise Speechcraft courses which can be used as a recruiting method to increase membership numbers.

Help organise and support training for prospective and new coaches helping to ensure they provide the best support available to their clubs.