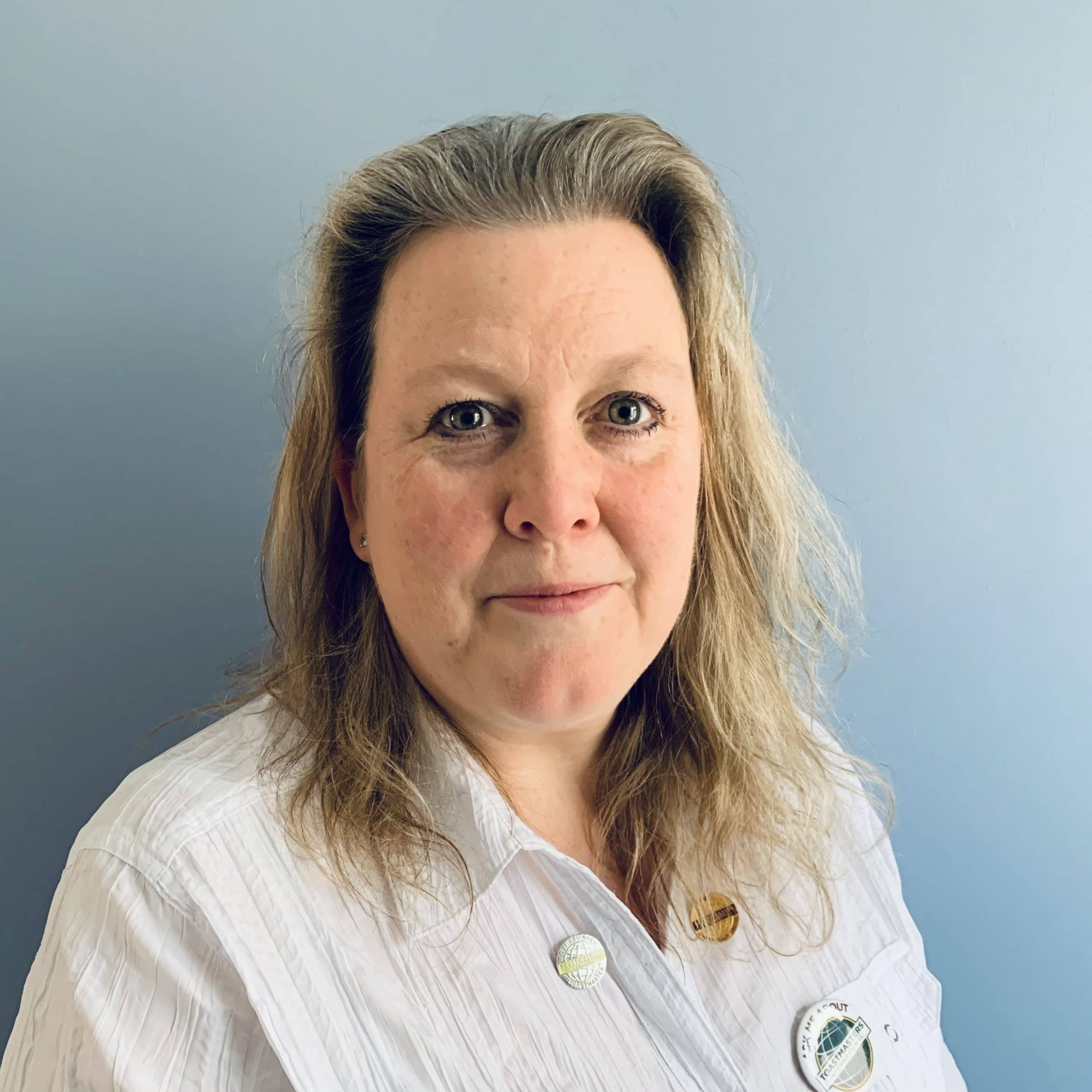 Helena joined Toastmasters International like many, with the main aim of becoming better at speaking in public. Helena discovered that there’s much more on offer – workshops, networking and conferences. A unique fact about Helena is that she has attended every single District 91 conference! Helena definitely advocates the benefits of attending District Conferences for all members and she even stepped forward and served as District Conference Director in 2018.

A little-known fact about Helena – she is a member of the oldest club in District 91, Aylesbury Speakers. She is also a member of Wokingham Speakers.

Why are you applying to become District Director?

From the outset of my Toastmasters journey, I have been fortunate to have been supported and encouraged to take the next step forward. By saying yes, many years ago when asked to join the District Conference team as Registration Manager, this opened up a world of leadership opportunities that I had not fully been aware of. From this staging post, I was asked to join the District Leadership Team as District Administration Manager. From this point, everything has continued to flow in my serving as a District Leader.

District 91 is still a fairly new District, currently in its seventh year. Serving the District, I am possibly uniquely positioned and fortunate to work with all those that have led our District over the seven years. I would say, I have learnt from the best. This is why, in my continued commitment to serve; the next step forward is District Director.

What leadership roles have you had in Toastmasters so far and when did you serve in these roles?

What have been your key accomplishments and what have you learnt from in past leadership roles?

Knowing how much being a Distinguished District meant to our members. In January 2020, all looked well and on track. By the end of May 2020, we needed to push. The mantra of our District Director to leave no member behind, galvanised support from across the District. June 2020 saw a mammoth undertaking, of checking the numbers and maintaining awareness with daily dashboard updates being posted to the District Leaders. With their buy in and support, from those seeking to launch new clubs by the end of June, to members re-joining to ensure they received their education awards and with clubs wanting to achieve distinguished, we did it. Lesson learnt, resilience and by asking for help, others were more than happy to step forward.

Understanding what my team of Area Directors wanted to achieve whilst serving as a District Leader. Regular one-to-one catch up sessions, meeting as a group and endeavouring to help them succeed. Lessons learnt, the diversity of the team in terms of skill set, personality, and overall aims, differed over their term in office. Lessons learned – the relationship forged during this year continue to yield a return with two of my former Area Directors joining my Program Quality Team this year.

Introducing the District Council Pack, collating all the information for the meeting in one place. Lesson learnt, working with third party graphic designers and printers, endeavouring to meet the copy deadlines, when last minute changes took place.

Building a brilliant team that delivered a successful conference in terms of the speakers, delegate attendance, and the financial side. A lesson learnt, keep an eye on the finances, whilst the conference made money for the District, the overall financial reporting at the end of the conference, was incomplete.

The club achieving President’s Distinguished and every member counts. A focus on members and mentoring, led to a growth in the membership base and an increase in education awards achieved by members.

What are the main responsibilities of the District Director that you are aware of?

The overarching responsibility is to serve the members of the District. In order to do so, the overall leadership style, energy and approach set by the District Director flows through the District as a whole. The position requires the District Director to lead, inspire and motivate the team of District Officers and to provide the space for them for them to achieve their goals. All underpinning the District Success Plan and goals for the year ahead. The role has overall responsibility for the finances of the District. Linked to this directly, is preparing the District budget and delivering this for approval by both the DEC and District Council. Alongside purchases and expenses, this is an important and key responsibility. The District Director also chairs the DEC and District Council meetings. Regularly reporting to WHQ on finances and other matters when called upon to do so such as submitting District plans. There is a need to understand the governing documents, bylaws and procedures. There may be times when checking in with past District Directors will assist with matters, such as handling conflict, appointment and/or removal of District Officers. Ultimately is about the members, achieving their goals and supporting all clubs in reaching goals of membership, education and training.