Posted on 2nd December 2019 by Susan Rayner in Updates & Posts, Workshops and events | Comments Off on Lights, Camera Action

Like all good film shoots it started early with the production team getting to the venue very early to set up.

Once the lights and cameras were all set up our cast of stars began to arrive.

Our cast and crew were treated to their own VIP green room, with tea, coffee and refreshments available to keep the hydrated throughout the day.

And just before they were needed on set, they were pampered in make-up and wardrobe.

We started shooting with our District Director who like a true professional immediately took to the camera like a duck to water and filmed three videos straight away.

We then re-set the cameras and lightening for our first Toastmaster member Debbie Williams who bounded into the studio with bags of energy and shared her experience of being a Club Officer.

Guler Cortis followed up with her personal My Why story to motivate and inspire.

Next up was Division H Director Sandra Mighty who gave a very polished speech on the value of Leadership in Toastmasters.

The camera continued to roll throughout the day with over 13 members sharing their own personal stories on what they have achieved with Toastmasters and how it has helped them to become a better communicator, a better leader a better presenter.

With our members support and help we have created a wealth of content for videos to promote our incentives, the value of Toastmasters and how it has changed their lives.

And also Ruth Ruberio for helping to keep all the stars feed and watered.

Posted on 27th October 2018 by Susan Rayner in Updates & Posts, Workshops and events | Comments Off on Megameetings 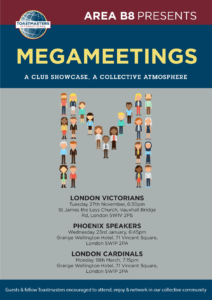 As part of the initiative to strengthen the area and build stronger relationships, Area B8 has kicked off a new initiative for the Toastmasters 2018 – 2019 year; Megameetings. A Megameeting is where each club in the area host a special club meeting. This provides an opportunity where members across the area can make a special effort to both market and attend their neighbouring club.

Area B8 Area Director, Nuala McHugh, envisages many advantages to holding Megameetings in the area. For example, the audience would be bigger and the meeting atmosphere greatly enhanced. This will challenge members to conduct roles and speeches within a larger crowd environment with a set of new faces. Nuala also hope it will cement relations thereby bringing a greater community feel; engaging many new members who do not realise that there is a lot more to Toastmasters than their home club. We look forward to soaking up the vibes and the unique atmosphere that each club has!

Posted on 23rd May 2018 by Susan Rayner in Membership Building, Updates & Posts, Workshops and events | Comments Off on New Free Webinar Series 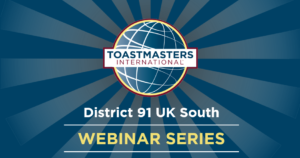 Barry O’Connell has set D91 up with a new series of monthly free webinars providing masterclasses in marketing. Follow the links to sign-up:

The monthly Club Strengthening & Rebuilding Forum will run on the first Sunday of every month. Follow this single registration link to access the webinar each month.

The conference date is fast approaching and thanks to all those who have booked to date and we look forward to many more such bookings in the next 10 days as we really wouldn’t like you to miss the EARLY BIRD prices.

Your D91 Spring Conference Team has been working non-stop to bring you the greatest conference experience and a fantastic social weekend. We’ve set  We believe that events like this are an opportunity for ALL Toastmasters to grow.

Additional to our workshop speakers this year, we will be honoured to have Dan Rex, the CEO of Toastmasters International as our key note speaker.

The long-awaited moment has arrived and we are now ready to reveal what each workshop will include.

END_OF_DOCUMENT_TOKEN_TO_BE_REPLACED

Business Breakfast – AI is a threat to Cyber Security

Posted on 22nd March 2018 by Susan Rayner in Conference, Conferences, Spring Conference, Workshops and events | Comments Off on Business Breakfast – AI is a threat to Cyber Security

On 5th May 2018, as part of the D91 Spring Conference, there will be an AI & Tech Business networking breakfast in Bracknell. Come along and participate with industry experts in a meeting where Artificial Intelligence (AI) and Cyber will be hotly debated. 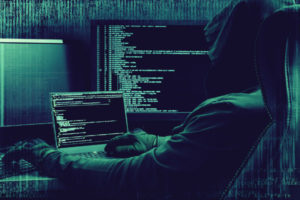 Cybersecurity is a hot-button issue of the day with numerous media reports covering a wide scope of security hacks and breaches. Major retail corporations, credit bureaus, and even governmental entities have been hacked or attempts were made to do so. The old adage ‘knowledge is power’ has never been truer and as hackers and the tools they use become more advanced so will the cybersecurity methods used to stop them. One aspect that will see use on both sides is the use of artificial intelligence. END_OF_DOCUMENT_TOKEN_TO_BE_REPLACED