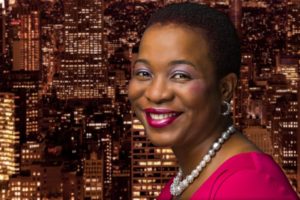 This month Nigel, our PR Manager, chatted with Beauty Zindi, our D91 Finance Manager. Beauty has been very busy keeping the DLT in check, introducing a more streamlined finance processes and securing our district budget.

Hi, you have both an unusual forename and surname, where do they come from?

Beauty means exactly what it means in the English language. In Zimbabwe a lot of parents give their children English adjectives as names. Beauty is a common first name in Zimbabwe, but in the UK it gives me celebrity status. I have a middle name – Chiwoneso which means mirror or torch light. As for my surname, according to my late grandfather it is made up of two Zimbabwean ideophones “zi” and “ndi” (pronounced like in candy). “Zi” in this sense is similar to the “zzzzzz” sound made by bees and it means unsettled, roaming about, whereas “ndi” is the opposite. My grandfather told me that his great grand parents had to travel from place to place before they found a place they could call their own. So after they settled, they said to themselves they had been “zzzzz” and they had become settled, therefore “ndi”. They brought the two ideophones together to make the name Zindi. In Zimbabwe there is a place called Zindi where we are considered royalty – okay every African considers themselves royalty!

Where do you live and which club(s) are you a member of?

I live in Watford and I am a member of Watford Speakers – a Club I co-founded in 2008 with Sandra Lawes, Valeri-Barnes Lewis and Alan McMahon. My Toastmasters journey started in Harare, Zimbabwe in November 2002. In September 2003 I moved to England and I joined Solent Speakers Club in December 2003. After moving to Watford in September 2007, I felt that the town had a large enough population to have a Toastmasters Club hence co-founded Watford Speakers.

How did you find out about Toastmasters?

A PR article in a Harare newspaper introduced me to Toastmasters. A member of one of the Clubs in Harare has taken part in the International Speech contest in the US. I then joined the Executive Club in Harare in November 2002.

Why did you join Toastmasters and have your expectations been met?

I felt that I had something to say and Toastmasters would give me a platform and environment to be an effective communicator. My expectations have been exceeded, and I find that the more committed I am in my involvement the more I grow.

What do you enjoy most about Toastmasters?

The fact that it is a self-selecting organisation where mostly people are very positive. I love the growth opportunities that the organisation provides.

What are you currently focussing on at Toastmasters?

Currently I am spending most of what spare time I have serving as the District 91 Finance Manager. I am also aiming to achieve my Distinguished Toastmasters (DTM) in the next 2 years.

What are your Toastmaster ambitions for the future?

Serving as the Finance Manager has opened my eyes to the workings of Toastmasters more than I had just as a Club Member. I would like to have a go at being a Division Director and then consider one of the Trio posts. With time I may even consider going further than that but I will take each year as it comes. 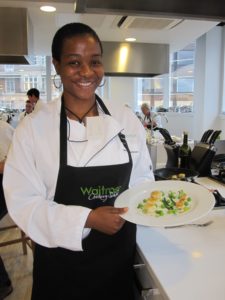 Any views on how we can improve Toastmasters in District 91?

I didn’t think I would say this, but I feel that there is scope to increase a feeling of belonging and ownership of the District’s vision by each and every member. Specifically, I think all members need to be encouraged to think beyond the Club and most importantly to joyfully serve in leadership roles.

How do you spend your time when you are not at Toastmasters, what are your hobbies and interests?

My 2.5 year old daughter uses up most of my spare time. I attend mother and toddler classes with her for tennis, music and French. I am a passionate about food and a keen cook; a few years ago I attended the Waitrose Cookery School. I also love reading and my next book will be Stephen R. Covey’s The 8th Habit.

So, who are your favourite musicians and bands?

I might have just found a favourite band in Watford’s Rak-Su – yes, I watch the X-Factor. As for musicians, my taste is varied and I have no specific names.

Any final words for our District 91 members?