Toastmasters International Convention, why did I attend? By Arnaud Sartre

Posted on 30th June 2017 by Helena Brewer in Conference, Contests, Updates & Posts | Comments Off on Toastmasters International Convention, why did I attend? By Arnaud Sartre 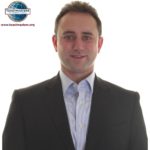 After attending the World Championship of Public Speaking (WCPS) Finals in Las Vegas, in 2015, I discovered something new, something I did not quite understand at the time, but something that left me wanting more. To paraphrase Dananjaya Hettiarachchi (WCPS, 2014), I saw something, but I did not know what it was … So I decided to attend the Convention in Washington, DC in 2016. I wanted to experience the event from start to finish whilst visiting a city I had never been to before – this is always a bonus!

What did I see?

The week was filled with activities, workshops, speeches, awards and more! If you like a District conference, you will love the International Convention. With over 2000 attendees, you will be sure to meet like minded members from around the world and make lasting connections. And you may even get on stage as our District gets recognised for its achievements!

Too many to count…

Definitely, supporting our District Champion Thien Trang Nguyen Phan in her semi-final Win and Finals appearance was certainly up there.

The workshops and speeches also  brought some real enjoyment as the interative Improv’ session really kept the 1000+ audience on edge. 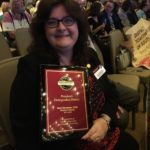 The Hall of Fame at Convention, a room full to capacity of thousands of Toastmasters celebrating their Districts recognition. A very noisy and fun affair and all of the District members present to head to the stage to receive their District’s award. 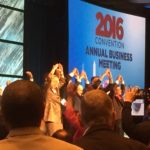 And how can we forget the annual business meeting (the photo is of dancing to the YMCA!) and International Director Candidate Showcase? Rather enjoyable!

Would I go back?

I encourage you to consider booking your place, it will really be a memorable experience. Don’t just take my word for it, ask anyone who has ever attended!

See you in Vancouver!

Information is available for the 2017 Toastmasters Convention, taking place between 23-26 August on the Toastmasters.org website