I owe this to Toastmasters

A little bit over one year ago, I arrived in the UK. After a life time of being conditioned what I should and should not be doing, I came to the UK to pursue a new job and to build a new life.

Moving from Vodafone Egypt to Vodafone Group in the UK I was appointed to be a service manager, a role where I will have a team to lead, presentations to make, and studies to prepare, I needed to take my personality and my confidence to a whole new level.

I joined Toastmasters back in March 2016, and I was hooked, I originally joined Newbury Speakers club, and soon after I decided to join Ascot Speakers as well.

My main focus throughout my Toastmasters journey was stage time, as much stage time As I can get, speeches, roles, and in no time, I was appointed VP Education for Ascot speakers. 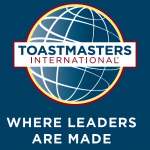 When I heard about the humorous speech contest, I decided “I want in” I started preparing my speech a little bit over two months before the contest. I incorporated a lot of my travel experiences into it, in a respectful non-offensive way.

I just wanted to enjoy the experience. I entitled in my speech “Around the world in six minutes-ish”. I spoke about my observation that every accent seems to have a weird relationship with one letter, and also about the different interpretations for a certain hand gesture.

And to my surprise I won the club contest in Newbury !!!!! Hang on a min !! I I did not expect that.

Furthermore, the Area 46 contest was only a few days away, I felt thrilled, humble, and overwhelmed.

Stepping on to the stage at the area contest, I had only one thing in mind, to enjoy my time while by putting smiles on the faces.

And I won second place, and I was like “oh my God that’s huge”.

Joining Toastmasters was one of the most real rewarding experiences I ever had, such open-minded people, non-judgmental, and very supportive.

On a personal level, I became a much more sociable person, and for work I’m a person who has instant impact as a positive team member, with stakeholders, and everyone I encounter in life. And I owe this to Toastmasters. 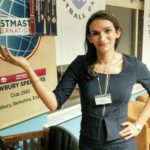 One Response to I owe this to Toastmasters