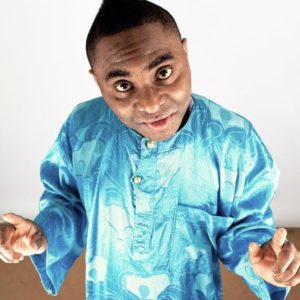 Ola Aralepo is a very funny man, a cheeky chappie, so no wonder he recently won the District 91 Humorous Speech Contest. Our D91 PR Manager, Nigel Oseland, caught up with him over a hot chocolate at Royal Festival Hall on a damp cold November morning.

You have an unusual name, where does that come from?

Yes Ola is unusual, by English standards, but it is very international: Nigerian, Sierra Leonian, Norwegian and Polish. In Yoruba it means riches and the full name Olatokunbo is “wealth acquired overseas”. It’s also a bit like “hola” in Spanish meaning hello, but Ola is also Dutch for “Walls” ice cream.  Oh you mean Aralepo, that means “fulgurite” or “thunderbolt”. So my full name implies I am wealth waiting to be discovered (hopefully soon) or simply “ice cream thunderbolt”. I was born in London, raised in Lagos and I’m now back in London.

Why did you join Toastmasters International?

Believe it or not, I used to be very nervous in social groups, I would just freeze. So I joined Toastmasters to gain more confidence in informal social settings, that was back in 2006, but I learned more became a hard-core member. My club, and Toastmasters in general, now feels like one big family where I belong; my club VPE Alex McKee was like a proud brother at the conference when I won the contest.

Which club do you belong to?

I am a member of Tube Talk. It was set up by Liz Hobbs, Dick Dixon and another lady (whose name I can’t remember) as a corporate club for Transport for London, but it is now a community club open to all.

What inspired your winning humorous speech?

I worked at the London Underground for 20 years and I was frustrated that the maxim “the customer is always right” even when they are not. For one of the advanced manuals (Specialty Speeches)  I did a 5 to 7 minutes impromptu speech; I started venting my grievances with customers and the audience started laughing. I found this cathartic, but also thought it might make a good humorous speech.

What do you mean by finding that speech cathartic?

I found that I could exorcise my demons through humour. I’ve done a bit of postgraduate research on the therapeutic value of humour. Since then I have been practising what I call “stand-up therapy”, combining skills I acquired through Toastmasters, stand up comedy and my psychotherapy training to help myself and others find emotional healing using humour.

You performed a show called Polyphony at the Edinburgh Fringe last year where you introduced your concept of “Stand-up Therapy”. How did that go? 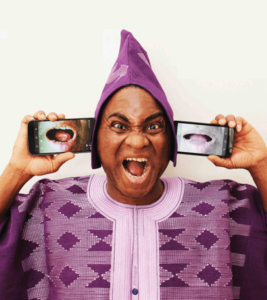 I realised that more and more comedians were starting to do that kind of stuff, dealing with personal issues packaged in hour, so it seemed the “right time, right place”. The show was well-received with a good-sized audience, considering there were over 3,000 shows on during the festival. I would definitely do it again.

How did you prepare your winning speech and how many times did you amend it?

There were lots of changes, the winning speech is very different to the first version at club level. The speech has the same fundamental story and message, but it was fine-tuned, made much clearer and rhetorical devices were added. I also added my prop, the high-vis jacket, after receiving feedback.

Do you have any advice for future humorous speech contestants?

Try your speech out at club level, seek evaluations and act on feedback. My speech would not have got to be a winning one without the several evaluations. Also seek out a coach, one main person to use as a sounding-board for the feedback and other ideas. I am eternally grateful to Taz Miah for all his advice and support. Practice your speech, deliver it at club level and beyond – I delivered my speech more ten times from club to district level. And don’t forget to enjoy the whole process, contests are a great way of improving your presentation skills, you won’t recognise your original speech.

How do you go about writing a humorous speech?

Lots of Toastmaster don’t believe they are funny but you don’t have to be ‘funny’ to write  a humorous speech; we all have humour in us, you just have to uncover it. Don’t pressurise yourself into writing a funny speech, just write a speech then, as Craig Valentine would recommend, uncover the humour. Trust yourself!

I have often wondered how you balance preparing a speech, so it is delivered well against it appearing too polished and unnatural.

Try not to memorise the speech but internalise it. Deliver it so many times that it becomes natural, not repeating it but following the gist. I record myself then play it back as I am walking through London, so it becomes very familiar and enters the subconscious mind.

When delivering a humorous speech do you put on a different persona?

It’s not quite a different persona but more an exaggerated version of myself. I take elements of my persona and magnify them for effect.

So what’s next for you?

I want to develop my “stand-up therapy” practice and help speakers and performers tell more humorous stories and improve their emotional wellbeing.